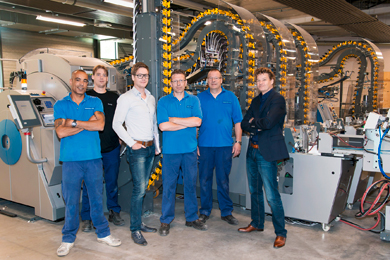 The UniDrum system has fast PreTronic CV presets and production speeds of 40,000 cph.

Ronald van Rossum is pictured with his UniDrum team