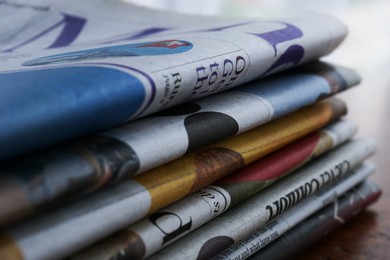 It’s not the world’s-best 78 per cent of a decade ago, but at 61.8 per cent, Australia’s newsprint recycling rate is still something to be proud of.

The 2021-2022 Newsprint Recovery & Recycling report – prepared by IndustryEdge – highlights the sustained and ongoing efforts of Australian publishers to minimise their impact on the environment.

The report indicates the fall in newsprint consumption was “below expectations” at only 7.8 per cent on an annualised basis, well below the level of previous years which averaged a 13.2 per cent decline.

Environment executive director Tony Wilkins described this as “a great result given the overall difficulties in the recycling market,” and positioned Australia as a leader in the efforts to recycle newsprint. Data from the US shows newsprint recycling at 60 per cent, although some countries include it in wider paper recycling figures.

Australia’s first product stewardship plan was created in 1990 in a bid to avoid government intervention in response to the previous year’s 28 per cent newsprint recycling rate with three per cent of newspapers going to landfill. Now it is estimated that only 0.3 per cent of newspapers go straight to landfill. Key uses of recycled newsprint include moulded fibre, pet care, composting and insulation.

Supporters of the National Environment Sustainability Agreement for newspapers and magazines (NESA) are Nine, News Corp Australia, Seven West Media and Are Media.

ThinkNewsBrands has also partnered REDcycle – a recovery initiative for post-consumer soft plastic that sees the plastic wrap from magazines and newspaper turned into furniture for parks and schools – donating $500,000-worth of advertising to a public education campaign.

Wilkins says Australia retains its position among the world leaders in newspaper recycling. “We expect this to continue, in line with the sustainability commitments of our industry, and will have more to report on that soon.”