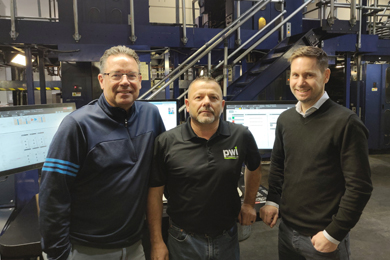 A second Eurotherm project for US-based Swift Communications will bring new life to a DGM pressline, this time at Colorado Mountain News Media in Gypsum.

In its second project for Swift, DCOS Automation - Sweden will supply five new digital drives to replace the five existing Eurotherm drives installed when the press was originally purchased.

The press is the second DGM 440 press DCOS has worked on, the first being Swift's printshop in Carson City, Nevada in 2019.

DCOS North American sales director Ron Ehrhardt says the Carson City project was a huge success for all parties, Swift having sent their Gypsum production team to Carson City during the install to familiarise themselves with the equipment.